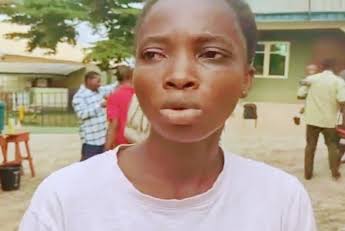 The staff of a private school in Akure, Omolayo Ojo, who was abducted on Thursday morning, has been released by her abducted few hours after her abduction.

NaijaNewsNow reports that gunmen at about 6.45 on Thursday abducted her and hijacked the private school’s bus in Oba Ile Estate of Akure North Local Government Area of Ondo State.

According to the victim, her abductors threatened to kill her if she failed to cooperate with them, adding that she was later released in the bush at Ilara Mokin in Ifedore Local Government Area of the state.

Confirming the development, the Principal of the school, Mrs Bolatito Akindemowo confirmed that no pupil was abducted during the incident, adding that security operatives have been briefed of the incident.

“This has never happened to our school before. However, the staff that was kidnapped has been released but we are yet to find the school bus. We have reported the incident to the police,” the principal said.