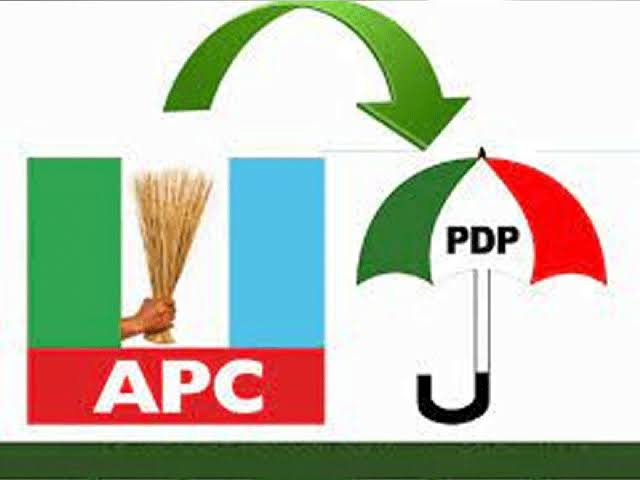 The camp of the ruling All Progressives Congress (APC) in Kogi State has been depleted, as over 5000 members of the party have defected to the opposition Peoples Democratic Party (PDP).

The APC members defected to PDP on Sunday, in Avrugo and neighboring ward in Igalamela/Odolu Local Government Area of Kogi State.

The former vice chairman of the LGA, Honourable Collins Adama, who led other party members to defect to the PDP said the APC had failed Nigerians.

According to Adama, it was time for Nigerians to vote out bad leadership in the 2023 general election, stressing that, any mistake made now will spell doom for the nation.

Adamu, who commended the leadership style of the stakeholders of the local government, praised the state and national level of the leading opposition party for electing candidates that can deliver dividend of democracy to all nooks and crannies of the nation.

The APC defectors were received into the PDP by Igalamela/Odolu Local Government PDP Chairman, Honourable Attai Salifu and the party’s state assembly candidate, Honourable Zakito Umar, who said the ruling APC should be ready to pack their load from both Kogi State and at the national level.

Salifu encouraged other wards and polling units in the local government to emulate what was happening in Avurgo, adding that the PDP would win the 2023 general election.

My Mother Wanted Me To Become A Lawyer – Ebenezer Obey

Tinubu Campaign Kickoff In Jos Will Be A Festival – Onanuga