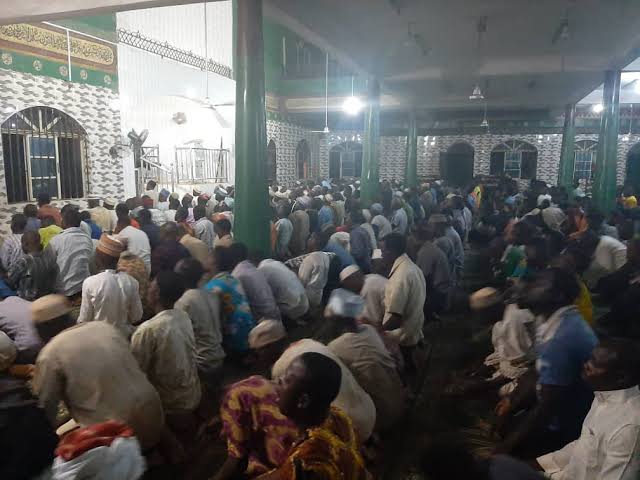 The worshipers were said to be observing the Tahajjud, a midnight prayer observed during the Holy Month of Ramadan, at the Mosque, when the bandits struck.

According to residents of the town, dozens of gunmen struck at the mosque around 2am on Monday and took away the worshippers in the town which shares a close border with Niger Republic.

“So far, we have established that 40 people are missing after the attack,” a resident, who preferred not to be named, said.

Another resident who gave his name as Lawal Jibiya, said neighboring villagers alerted them about the impending attack after sighting the movements of the bandits heading towards the town, adding that hundreds of youth and local vigilante groups in the town were on alert and ready to confront the bandits, but the assailants changed their route and entered the town from another point.

Go Learn Some Manners – Monarch To Spend One Month In Jail For Shouting...

It’s Ridiculous People Are Not Defending Themselves Against Bandits, Masari Says

Lai Mohammed Insists There Was No Massacre At Lekki Tollgate, Says...