Home Scoop 2023: Tinubu Is Not Eligible To Contest For The Presidency – PDP 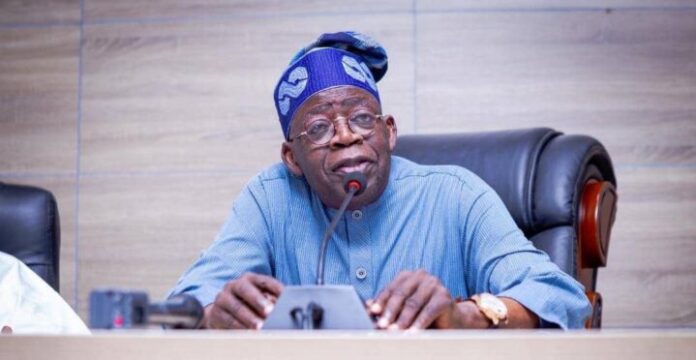 The Peoples Democratic Party, on Sunday, said it has every option to challenge the candidacy of the presidential candidate of the All Progressives Congress (APC), Asiwaju Bola Tinubu, including his eligibility to contest the 2023 general elections.

The opposition party stated this at a press conference in Abuja, addressed by its National Publicity Secretary, Debo Ologunagba, adding that Tinubu, having been allegedly indicted and subjected to criminal forfeiture judgement for a narcotic related offence by a United States Court in Northern Illinois, Chicago, he is not eligible to contest.

According to Ologunagba, the APC presidential candidate is “ineligible to contest the February 2023 Presidential election having been reportedly indicted and subjected to criminal forfeiture judgement for a narcotic-related offence by a United States Court in Northern Illinois.

“Nigerians are however appalled by the lame attempt by the APC Presidential Campaign which, after admitting that there was a $460,000 drug money criminal forfeiture judgment against accounts traced to the APC Presidential Candidate, is now desperately trying to pull a wool over the eyes of the Nigerian people and our democratic institutions.

“Seeing that it is technically out of the Presidential contest and further distraught because it cannot also field candidates at all levels in the 2023 general elections due to its illegal and unconstitutional congresses, the APC has resorted to unleashing hoodlums to attack PDP Presidential Campaign rallies and other innocent Nigerians going about their legitimate endeavors as witnessed in Kaduna and Borno States, in a bid to trigger crisis and scuttle the elections.”

The PDP spokesperson added that by the provision of Section 137 (1) (d) of the Constitution of the Federal Republic of Nigeria 1999 (as amended), Asiwaju Tinubu is not eligible to contest the Presidential election in Nigeria.

Minister Apologises For Power Outage Across The Country, Says It is being Fixed

Many Kuje Prison Escapees Are Still At Large, Aregbesola Confirms

NDLEA Arraigns Abba Kyari, Six Others For Dealing In Cocaine