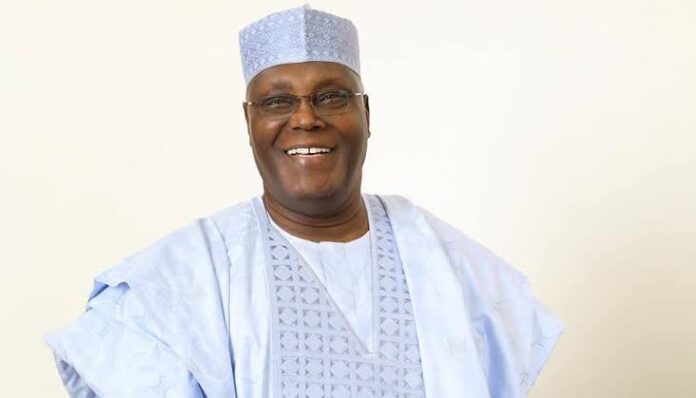 Today, Saturday the 28th of May, 2022, presents another opportunity for the opposition Peoples Democratic Party (PDP) to attempt to dislodge the ruling All Progressives Congress (APC) from power at the centre, and take over the Aso Rock Presidential Villa come May 29, 2023.

This is as the party, which was dislodged by the APC in 2015, conducts its presidential primary to choose its flagbearer for the 2023 general elections.

Though there are others also eyeing the PDP ticket, they are not generally considered potential favourites for the ticket. These include Bauchi State Governor, Bala Mohammed, Akwa Ibom State Governor, Udom Emmanuel, a former Secretary to the Government of the Federation, Anyim Pius Anyim and Ovation Publisher, Dele Momodu, amongst others.

It is however believed that the race for the PDP ticket maybe a straight fight between Atiku Abubakar, who was the party’s candidate for the 2019 general elections, Bukola Saraki, a former Kwara State governor, Governor Nyesom Wike and to an extent, Aminu Tambuwal of Sokoto State.

The perceived chances of the above mentioned contenders, notwithstanding, the permutations and several indices favour an Atiku victory.

Atiku, it would be recalled, had boasted that he would always win the PDP presidential ticket, insisting that the party should have given him the first right of refusal, instead of throwing the contest open.

It would also be recalled that the former Vice President, during a meeting with the National Working Committee (NWC) of the PDP, had baosted that he already has 12 million votes waiting to be delivered to the party.

Aside the boastfullness of the former VP, there are many people in the PDP, who honestly believe that he is the man that the PDP can bet on to win the 2023 presidential election. In their reasoning, after President Muhammadu Buhari, Atiku stands as the next person who can command massive votes in the Northern part of the country.

A party chieftain, while speaking on today’s primary, said: “The principal idea behind the decision of the party to throw the presidential contest open to all the six geo-political zones is to ensure that the PDP does not deprive itself of the best candidate who can win the presidency for us in 2023. Every political party wants to win elections.
“This was the reason why the national leadership of the party refused to zone the ticket to any of the six geo-political zones in the country. I am sure you know that the PDP won the last presidential election. That is why we want Atiku back as our candidate.”

For those in the know, the opposition party jettisoned its time honoured zoning arrangement, and ignored the clamour for the zoning of the presidency to the South primarily to give Atiku the opportunity to clinch the ticket and possibly win back the presidency for the party.

“The whole idea about throwing open the contest for the presidential ticket is because of Atiku. Forget Saraki, Tambuwal and Bala Mohammed, the open contest is tailor made for Atiku.

“And looking at it closely, it really does make sense. Atiku has large following in the North and can command votes for the party any day. Also in the South, he has those who believe in him as a credible and competent candidate. So, the decision of the leadership of the PDP is strategic and in line with PDP’s desire to get back to power at the centre”, another chieftain of the party said.

Another factor that will work in favour of Atiku is his huge financial war chest. Atiku will no doubt break the banks to ensure that he wins the primary and secure the ticket. It is still in doubt if Governor Wike, Saraki, Tambuwal and others will be able to match Atiku’s spending power in today’s primary election.

That money, good money at that, will play a prominent role is deciding who carries the day at the primary was buttressed by a former Managing Director of FSB International Bank, Mohammed Hayatu-Deen, who announced his withdrawal from the race on Twitter on Saturday morning, just few hours to the primary.

According to Hayatu-Deen, in a letter of withdrawal addressed to the PDP National Chairman, Senator Iyorchia Ayu, the process is ‘Obscenely monetised.’

As it stands, Atiku may just, again pick the ticket as PDP delegates votes with monetary inducement and the desire to return to power with the aspirant who can command enough votes in mind!

Bala Mohammed: The Incoherent Rantings Of A Presidential Aspirant