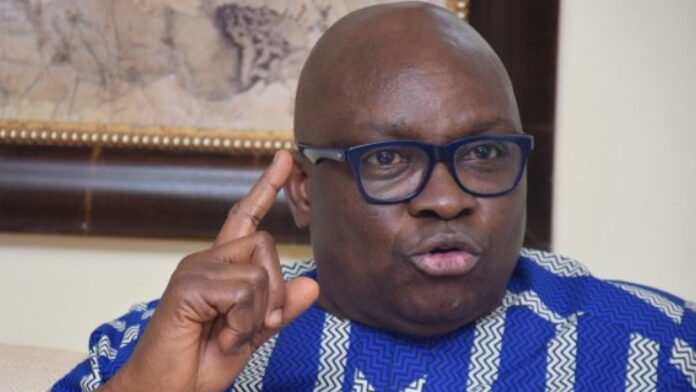 Joju Fayose, the son of a former Governor of Ekiti, Ayodele Fayose has emerges as the candidate of the Peoples Democratic Party (PDP) for the House of Representatives in the 2023 general elections.

Joju, who got 69 votes to defeat Deji Adeosun for the Ekiti Central Federal Constituency One, emerged victorious in the primary election held on Sunday.

Similarly, a media aide to Fayose, Lere Olayinka emerged as the PDP House of Representatives candidate for Ekiti Central Federal Constituency Two after defeating one Victor by 54 votes to 45.

Student Unions Vow To Shut Down All International Airports Over ASUU...

‘Swear In Our Candidate As Ebonyi Gov, Deputy’ – PDP Tells...