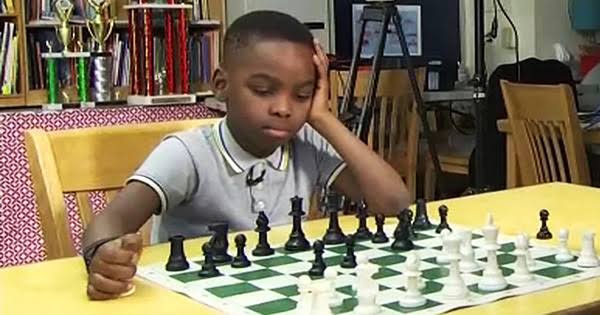 10-year-old Tanitoluwa Adewunmi, a Nigerian refugee in the United States of America has won a chess championship and has officially become a National Chess Master.

Adewumi, whose family fled Nigeria over the Boko Haram crisis, got attention in 2019 after winning the chess championship while living in a homeless shelter. This attracted sympathy from people. A GoFundMe page was created for him, with a total of $254,448 was raised to help him and his family to move into a proper apartment.

Early in the year, Adewunmi was announced as one of those to compete at the Chess Club of Fairfield County (CCFC) that held on May 1, where he bagged the national title even as a 5th grader.

A columnist with the New York Times, Nicholas Kristof, using his Twitter handle @NickKristof, confirmed the development, saying Adewumi’s story was a reminder that refugees enrich the United States.

Kristof tweeted: “Remember Tani Adewumi, the Nigerian refugee kid I wrote about 2 years ago who won the NY State chess championship while in a homeless shelter? Now well housed (thanks to you readers!), he just won a championship and is officially a National Chess Master as a 10-yr-old 5th grader!

“Tani is a reminder: Talent is universal, but opportunity is not. He was lucky that his homeless shelter was near a school with a chess program. It waived the chess club fees for him. He’s also a reminder that refugees enrich our country (I say that as the son of a refugee).”

The US Chess Federation rules states that the national chess master title is for any player who reaches a 2200 rating. Adewumi, according to Kristof hit a “2223 rating”.

The Chess Federation also disclosed that less than one percent of rated players hold the National Chess Master title.

Igangan Attack: We Will Defend Our People, South-West Govs Vow

2023: It Will Be Difficult For APC To Campaign With Jonathan...

Get Vaccinated Against COVID-19 Or Remain Stuck In Nigeria, Mustapha Tells...